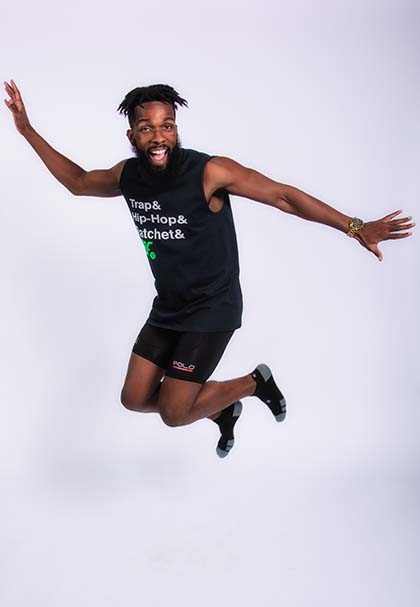 Daryl K. Thomas, Jr. aka “The Cardio King,” is originally from Upper Deerfield, NJ. In high school Daryl decided to move to Atlanta, GA to embark on his collegiate endeavors at Clark Atlanta University. He graduated in 2015 with a B.A. in Political Science, and a minor in Spanish. He is now currently in law school. The gregarious twenty-five year old was captivated by the art of indoor cycling during his senior year of college. He has been hooked ever since. Daryl has mastered the technique of modern indoor cycling, and is always ecstatic to ride in a studio. He does not seclude his playlist to solely one genre. Reggaeton, Hip-Hop, Pop, Trap, etc. are all genre’s that will keep you motivated to push through . Daryl believes that this form of cardio helps to relax the mind and release tension from the day, or the entire week. He is ready to burn off calories, build , and tone up the body all while listening to the most or demanded songs with you! With the continuity of a gliding sprint to an intense climb and his remarkable energy, you will enjoy his class from beginning to end!